A teen girl on a quest to find her long-lost mother finds herself on a journey of self-discovery in Kristy Dallas Alley’s moving YA debut, The Ballad of Ami Miles.

Raised in isolation at Heavenly Shepherd, her family’s trailer-dealership-turned-survival compound, Ami Miles knows that she was lucky to be born into a place of safety after the old world ended and the chaos began. But when her grandfather brings home a cold-eyed stranger, she realizes that her “destiny” as one of the few females capable of still bearing children isn’t something she’s ready to face.

With the help of one of her aunts, she flees the only life she’s ever known and sets off on a quest to find her long-lost mother (and hopefully a mate of her own choosing). But as she journeys, Ami discovers many new things about the world…and about herself.

I could see The Ballad of Ami Miles coming to fruition in some aspects. You hear more and more about infertility as well as couples deciding not to have any children. The attitude surrounding women and their roles that we see at Heavenly Shepherd is unfortunately nothing new. I wouldn’t be surprised at something like it cropping up if something like the Break happened in the near future. Heavenly Shepherd is a terrifying example of a mentality that could take root in isolation and societal collapse.

It is a little difficult imagining Ami adjusting to all the new changes in her life in barely over a week. However, sometimes all it takes is just one example of how you were raised being called into question to uproot other significant ideals instilled at a young age. I found Ami delightful, even if she was exceedingly sheltered and naïve – her situation and the result of it is not something that she could have prevented herself. Ami’s journey to find the mother she has never met is a beautiful one where she learns she is so much more than her origin.

In addition to young adult and LGBTQ+, I would also consider this a coming of age and dystopian. It isn’t so far off from our current time that it feels completely alien and doesn’t feature fantasy or sci-fi elements. If the book description sounds interesting to you, I must tell you that this book is so much MORE than that – I highly recommend checking this one out. It tackles some tough subjects not limited to abandonment, sexuality, religion, and racism. The Ballad of Ami Miles completely surprised me, and I would like to thank Xpresso Book Tours and Kristy Dallas Alley for the opportunity to read it. 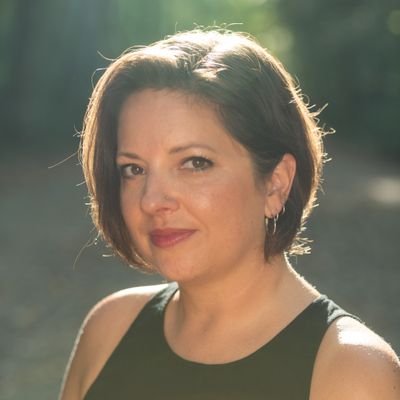 Kristy Dallas Alley is a high school librarian in Memphis, Tennessee, where she lives with her husband, four kids, three cats, and an indeterminate number of fish. She studied creative writing at Rhodes College in another lifetime and holds a Master of Science in Instruction and Curriculum Leadership from the University of Memphis. In an ideal world, she would do nothing but sit on a beach and read every single day of her life, but in reality she’s pretty happy reading on her front porch, neglecting the gardens she enthusiastically plants each spring, and cooking huge meals regardless of the number of people around to eat them. The Ballad of Ami Miles is her debut novel.